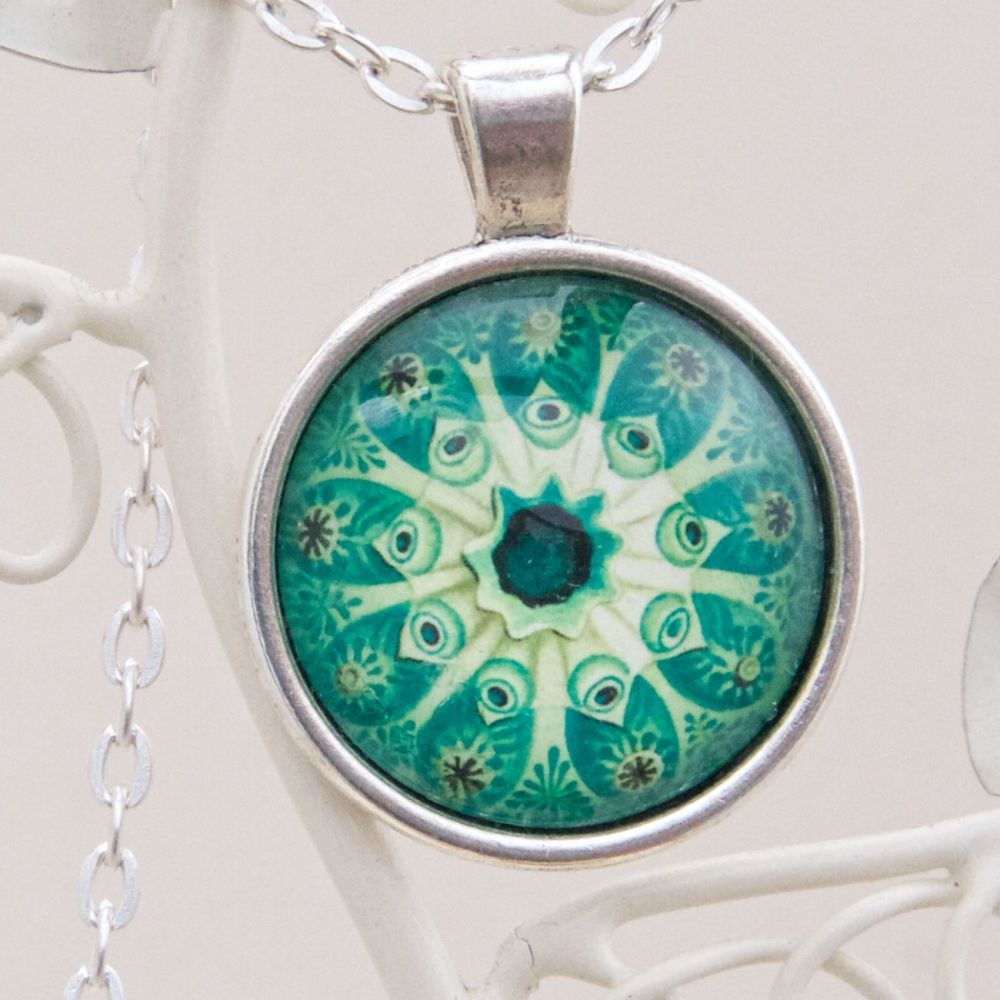 The pendant setting is made from metal alloy and the glass cabochon is 25mm across.