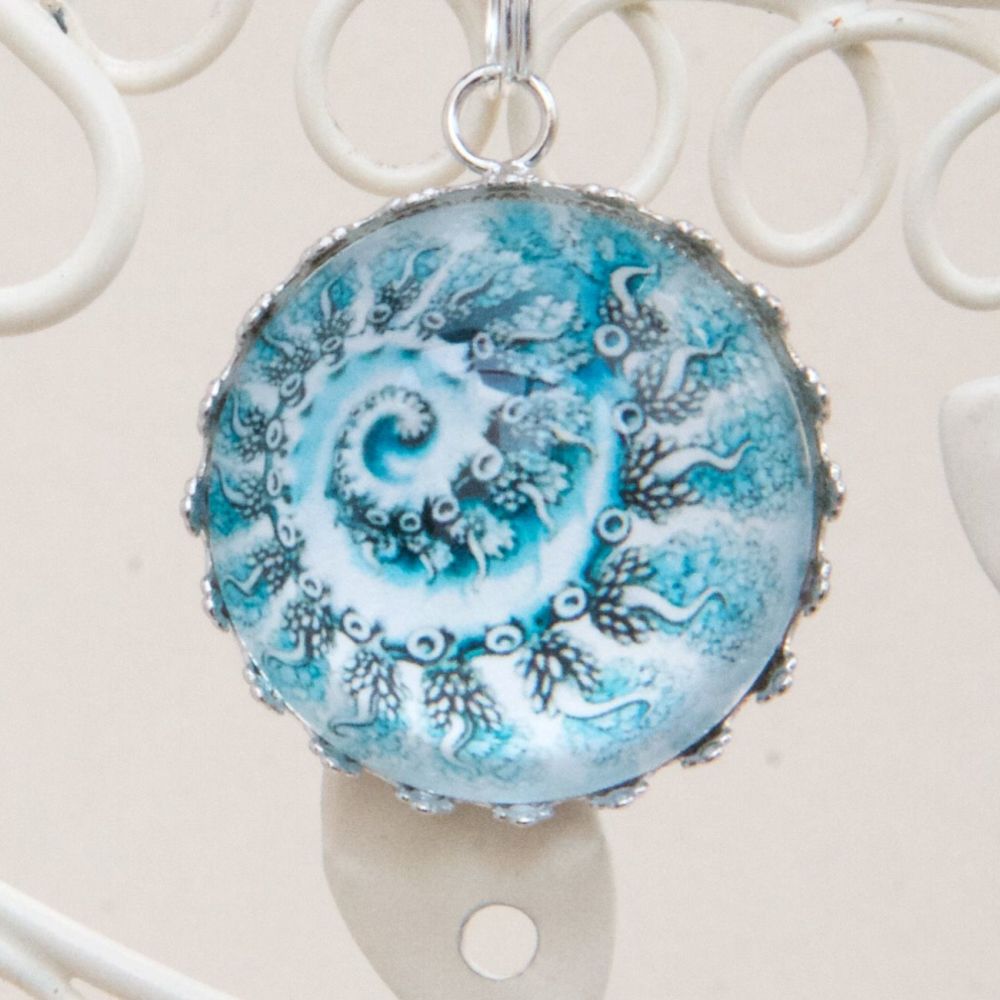 From Haeckel's 'Kunstformen der Natur', a view of the nectosome (swimming bell) of the siphonophore which Haeckel called Discolabe quadrigata - now called Physophora hydrostatica. Haeckel first described it in ‘Report on the Siphonophorae: Scientific Results of the Voyage of H.M.S. Challenger during the years 1873-76’, one of the 50 volumes of reports from the journey of HMS Challenger, which circumnavigated the earth making the first major study of the seas. As well as surveying water temperatures and depths, Challenger’s scientists cataloged about 4,700 previously unknown species. John Murray, who oversaw the publication, described the report as ‘the greatest advance in the knowledge of our planet since the celebrated discoveries of the fifteenth and sixteenth centuries’.

The pendant setting is made from metal alloy and the glass cabochon is 25mm across. Choose a 24” (60cm) silver tone chain, or an 18” (45cm) black leather cord or black organza-&-cotton cord. A pendant on a chain or organza-&-cotton cord comes in a sturdy black card gift box; a pendant on a leather cord comes in an organza bag, so as not to distort the leather by tight folding.